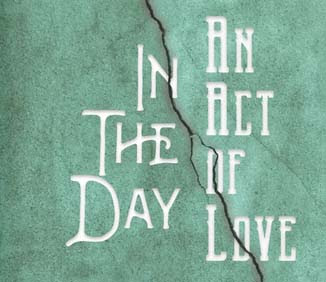 Ray and Cynthia Faith Arsenault have a lot in common. They’re psychologists with practices in North Andover. They’re also playwrights mounting one-act plays this month at The Actors Studio. And the Rocks Village couple is also husband and wife — “and I like to think a husband-and-wife team,” Ray Arsenault says — but, when it comes to playwriting, not so much.

OK, they have collaborated once before, several years ago, during the Play-in-a-Day spectacle, when playwrights build a play from scratch over the course of one evening, hand off the work to directors in the morning and get down to the business of putting on a show — that evening. “Which was kind of fun,” says Cynthia, “but we have different sensibilities in general,  and different projects going all the time, so actual collaboration happens, well, not so much.” They read each other’s stuff and offer support and critiques of their work. “It’s a good mix,” she says. “There’s involvement, but not too much.”

But this month the couple will collaborate, in a sense, after the fact, putting its work together — to, um, couple their plays — for an Actors Studio show.
Read more »
Posted by JC Lockwood at 1:58 PM 1 comments

The trio and the Trio: Or breaking up is hard to do

When it comes to the, sadly, soon-to-be late, great Ensemble Epomeo, Russian composer Alfred Schnittke is key — even when it’s not immediately apparent: The trio, after all, came together nearly a decade ago at the Festivale d’alla Musica da Camera d’Ischia, a weeklong music festival on an island off the coast of Italy, in the Bay of in Naples, to explore the musical possibilities of one piece — the Russian serialist’s alternatively lulling, galloping and seriously crash-bang String Trio. Commissioned in 1985 to mark the Alban Berg centennial, the modernist masterpiece shows the influences of later work of Schnittke compatriot Dmitri Shostakovich, but the 30-minute, two-movement piece is also informed by the classical tradition, reaching back to Schubert and Mahler. The trio seemed to click musically with the Trio, sounding like they had been playing together all of their lives.

Anchored by Philadelphia-based violist David Yang, artistic director of the Newburyport Chamber Music Festival, and Wales-based cellist Kenneth Woods, founder of the Taliesin Trio and the Masala String Quartet as well as the principal guest conductor of Stratford-upon-Avon-based Orchestra of the Swan, the trio turned in a breathtaking performance of the Trio — the Moderato, any way. The ensemble ditched the Adagio to make room for Beethoven's Trio in C minor, Opus 9 — during a 2009 NCMF fundraiser and, a couple of years later, recorded it on “Ensemble Epomeo: Schnittke, Weinberg, Kurtág, Penderecki,” its critically acclaimed sophomore release on Avie Records, with violinist Diane Pascal in the third seat. More on that later.

The program for Epomeo’s final show, set for Nov. 4 at the Newburyport Custom House Maritime Museum, does not include the Schnittke, although the ensemble will continue its tradition of aggressively focusing on the modern, while zooming in and out of the centuries, musically. The program features Anton Webern’s “Trio Satz,” a string trio by Jean Cras, Beethoven's String Trio in C Minor, Opus 9, No. 3 and Yang’s “The Matzoh Ball Man,” Opus 5. But the Schnittke Trio, and especially the trio’s 2009 Port performance of the piece, still casts a long shadow and is at the heart of the ensemble — as is the city itself, which the musicians cite as its “spiritual home” for the trio, as well as a testing ground, of sorts.  “It’s a nice way to finish things out,” says Yang, “in Newburyport, which has been home for us in a lot of ways — a kind of laboratory.”

In a recent interview, Yang cited the 2009 performance of the Trio as one of the highlights of Epomeo’s nine-year run. The 30-minute piece sneaks in, yells a while and skulks off. After a sudden emphatic burst, the music is swallowed up by an uncertain silence. At first, a wave of shock goes through the audience, then there’s some nervous laughter, “because it’s so shocking,” says Yang. "They didn't know what to make of it. That’s very satisfying."

Faigen back with new comedy

Those familiar with Newburyport playwright Joshua Faigen know his plays are either very serious and/or poetic and/or very funny. “McFarland,” his latest, falls into the latter category. It’s an exceedingly funny production — maybe the best Faigen comedy to date. It’s not a tale of sweeping romance, or a swashbuckling adventure. It is not based on a true story. No animals were harmed in its production. It is simply a comedy about four lovably unscrupulous swindlers, two of whom are named Irving. It's also about logistics. It will be presented at the North Shore Readers Theater Collaborative as a staged reading at the Actors Studio, 50 Water St., Newburyport— that’s the Tannery, boys and girls — at the truly ungodly hour of 10 a.m. on Oct. 14. Featured performers will be Jesiah Hammond, Kimberly Holliday, Allan Mayo and Robert Murphy. Hailey Klein directs. They’ll be looking for a $10 donation at the door, if you’ve got it. And if you wake up in time. Give them a shout if you need more information. The number is 978-465-1229.

Written by Welsh poet Peter Thabit Jones, “The Fire in the Wood” explores the life and legacy of the great sculptor Edmund Kara. In both verse and prose, the characters recount the important life moments and character of this enigmatic artist, who designed wardrobe and costumes for both Universal and Paramount studios — for such greats as Lena Horne and Peggy Lee — before he retreated to his coastal studio in Big Sur, California, where he immersed himself in sculpting wood.

The story, a verse drama that opens May 9 at The Actors Studio of Newburyport, takes place after Kara’s death. In the early minutes, a surviving friend of the sculptor notes that his home studio, where his vitality flourished, is slowly decaying and sliding down the cliff into the sea. She sees it as consistent with his Zen way of life — in rhythm with nature.

In the precious days before the house is gone for good, Kara’s ghost, the main character of the play, returns to assess his life and legacy.  In a way, he’s analyzing his own bones. He remembers fondly the sanctuary of the place he built for himself to create in and the sensuality of his craft — carving wood. He acknowledges the myriad forms of fertile nature that had surrounded him in life.

By his own account, Kara’s art was about self-discovery.  The characters in the play — his longtime friend and Big Sur neighbor, two poets, his ghost and his younger self — contribute to a simultaneously frank-yet-poetic assessment of the life Kara led. 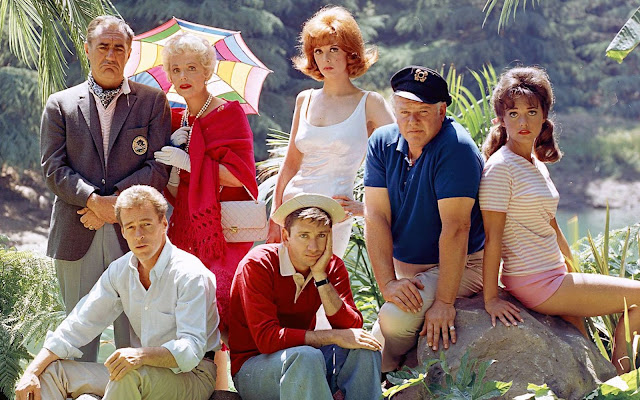 Never mind why a millionaire would be on a cheesy commercial cruise instead of enjoying his servant-staffed yacht or why the Professor, our generation's MacGyver, able to solve impossible problems with ordinary, everyday objects, and, of course, his ever-present Swiss Army knife, couldn't figure out how to get the castaways off that island.

Just make sure to round up your friends for what promises to be the summer’s ultimate “three-hour tour” — The Gilligan’s Island Costume Fundraiser Cruise, a fundraiser for The Actors Studio of Newburyport. No worries about the weather getting rough and a tiny ship being tossed on this this July 14 cruise. Although it is a rain-or-shine event, the S.S. Minnow has been upgraded to the 106-foot, 3,600 horsepower Captain’s Lady III, with state-of-the-art electronics, life-saving equipment and cruising speed of 20 knots, as well as seating for 100 people.

Expect hors d’oeuvres, dancing with DJ Shelly Cullen spinning tunes and the bonus of feeling good about supporting The Actors Studio of Newburyport.  Come dressed as one of the characters: Gilligan, The Skipper, Mary Ann, Ginger, The Professor and, last but not least, The Millionaire and Her Husband! (Didn’t see that coming, did you? But Natalie Schafer, the actress who played Mrs. Thurston Howell III, or “Lovey,” as she was known, was indeed a millionaire!) By the way, if you’re too young to have seen the “Gilligan’s Island” TV show, Google it! Cross-dressing encouraged.

We’re theater people. What did you expect?